Act Three Productions, founded as the Palmerston North Operatic Society, has a proud record of providing quality musical theatre to the people of the Manawatū for more than 100 years.

In 1982 change came to the society, in the form of new premises, and a new name. In choosing the name ‘Abbey Musical Theatre’, the society invoked the imagery of its new premises - the old red-brick Baptist Church on Church Street – a building that, although no longer housing the society, is synonymous with the society for many in the community.

The Abbey building was built in 1928 and designed by renowned architect Fredrick de Jersey Clere and his son Herbert. It had replaced the earlier building on the site, and indeed, some of the original church-goers may have been less than pleased had they known of the building’s new inhabitants - in 1902 records show members protested against the new Palmerston North Opera House being built across the street!

In 2017 the Abbey made the difficult decision to wind up its beloved costume hire business, which also assimilated the costumes from the Manawatū Theatre Society’s costumes after it closed in 2016. The society was delighted when the costumes were sold to local costume enthusiasts and given new life at ‘Groovilicious Costumes’ – meaning a part of the society’s history is still very much part of Palmerston North’s vibrant community.

Under the name ‘Abbey Musical Theatre’, we have performed over 120 plays, musicals and revues, most of them at the beloved old Abbey building, before it was sold in 2016 and our society re-located to the Wallace Development Company Theatre in Hokowhitu.

As we were no longer in the old church, our name and brand needed to represent who we had become. In 2018, we asked members to provide feedback about a rebrand and what Abbey Musical Theatre meant to them. There was overwhelming support to make a change and we used common themes in the feedback for our new name and logo. ‘Act Three’ is about the act we don’t see on stage. It’s about a company of volunteers who contribute enormously behind the scenes to put on amazing live theatre in the Manawatū. Our society continues as strong as ever, consistently delivering world-class musical theatre performances both at the Wallace Development Company Theatre, and the Regent on Broadway.

"The newly designed logo has three components to respresent Act Three. The line represents the onstage part of a production, while the two circles represent the mahi that goes in before and after. The symbol can also be viewed as an audio wave.
So long Abbey Musical Theatre, and welcome to Act Three Productions, He Whānau Tuatinitini - A family of many strands." 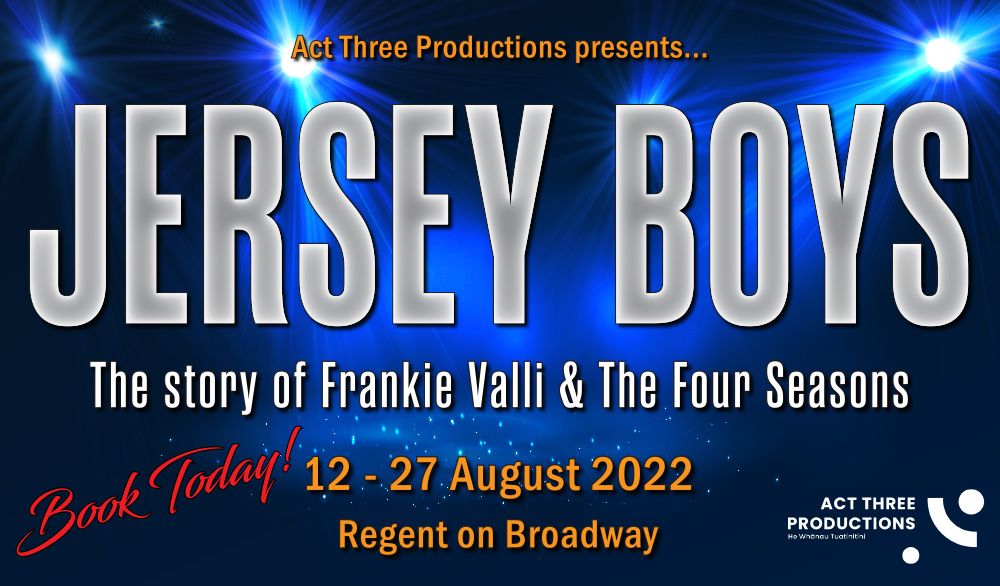 PAST SHOWS
GET INVOLVED

The Wallace Development Company Theatre
Centennial Drive, Palmerston North
Phone (06) 355 0499
Email This email address is being protected from spambots. You need JavaScript enabled to view it.